News reporters with zero experience in education should leave the reporting to those who have a clue — educators. Instead, print and broadcast media outlets routinely trust misinformed, generalist reporters who are easily manipulated by lobbyists and special interest groups via strategic public relations campaigns. Texas children, teachers, and parents pay the price as misguided reporting directly influences public support for toxic education policies.

Case in point: Texas Districts Push to Extend the School Year appeared in the online version of The Houston Chronicle this week. The headline certainly grabbed my attention along with that of many of my educator friends. And so I read on… What I found was beyond frustrating: news reporting on critical education policy that was most likely copied and pasted from a press release.

The lead takes the cake.


AUSTIN — Texas lawmakers are thinking about giving school districts money to lengthen the school year, and superintendents are for it.

Hold that terrifying thought while we review some background…

Prior to entering the world of education, I spent about 15 years as a writer and editor for a variety of media outlets. At the time, print newspapers were still alive and kicking. The emergence of online news was certainly a concern, but the Internet had yet to inflict much damage on print media outlets.

Here’s the thing about being a rookie news reporter. Most news reporters are “generalists.” They are trained to collect information, conduct interviews, and write hard news — the basics of journalism. Upon entering the profession, they are assigned a “beat” (an area of coverage), but seldom will you find news reporters at mid-sized newspapers like The Houston Chronicle or The Dallas Morning News who specialize in a specific content area — education veteran covering education or lawyer covering crime and courts.

The learning curve is often too much to overcome, so reporters do whatever it takes to produce copy quickly and efficiently by seeking help from outside sources.

This strategy isn’t always a bad thing. A press release can simply be a way to notify the newspaper of an upcoming or recent event. Problems arise, however, when the press release is used by special interests to further a cause, and in a rush to meet a deadline or byline quota, the reporter fails to do his or her due diligence.

In today’s under-staffed newsroom, the toxicity of the “press release shortcut” now infects more than the rookie reporter; veterans who should know better are no longer immune. The reporter who wrote the extended school year article, for example, is certainly no rookie — at least not according to the qualifications listed in her bio on the Chronicle’s website.

How does this look in a newsroom?

Reporter receives an email from a school district’s communications department. The email includes a press release complete with a suggested headline and quote — and sometimes accompanying photographs, depending on the nature of the story. The reporter then re-writes the press release, adding a few supporting facts and maybe a quote or two he or she managed to obtain via a couple of quick phone calls. Presto! The magic of pseudo journalism!

The implications for education policy are disastrous. Misinformed generalist reporters across the nation are inadvertently acting as public relations specialists for lawmakers, education market reformers, and others whose aim is to dismantle public education, de-professionalize teaching, and pour public dollars into the coffers of greedy corporations.

And that brings us back to the misleading article.

“We’re not keeping our students long enough throughout the year,” Dr. Xavier De La Torre, a superintendent in El Paso, told the committee on Tuesday. He represents the state’s largest school districts for the Texas Urban Council of Superintendents, including Houston, Dallas, San Antonio and Fort Worth.

I find it disturbing an education reporter from Houston, who claims Houston ISD supports an extended school year, failed to interview the superintendent of Houston ISD. I can infer from this misstep the writer most likely relied on information she received from a press release or communications department — sources obviously advocating for a longer school year.

The article states “several superintendents testified,” but De La Torre, the superintendent of Ysleta Independent School District (another fact not mentioned in the piece), is the only source quoted in the story. The writer refers to him as a representative of the states’s largest school districts — Houston, Dallas, San Antonio, and Fort Worth. In short, she implies by omission of information superintendents at the largest school districts support a longer school year.

Maybe they do. Maybe they don’t. We don’t know because apparently the newspaper failed to contact any of them. Irresponsible at best.

The article’s closing line is just as infuriating as its first:


So far, the three top leaders in state government have made no push for extending the school day, instead focusing on other initiatives such as boosting pay for teachers.

Here is what I can infer from the closing line of the article: Texas Districts Push to Extend the School Year is not a story. It was contrived from either a press release or a nudge from a niche group of education “reformers.” Even the article makes clear state lawmakers are focused on ruining education in other ways — merit pay tied to standardized testing (or as the Chronicle calls it, “boosting pay for teachers”).

And so… I have some unanswered questions:

I attempted to contact Zelinski via phone and email but had no luck reaching her. Repeated calls to the paper’s city desk line went unanswered. I also left a detailed voicemail message for the Chronicle’s reader representative regarding the need for a clarification (and requesting a return call). No response.

Newspapers like the Chronicle and Dallas Morning News are shells of what they once were. Newsrooms once bustling with hundreds of reporters and editors have now been reduced to a small handful of staff writers. As a result, reporters are under even more pressure to churn out copy quickly and efficiently.

But being under-staffed and overworked is no excuse. Public education is under attack. Those who control the ink have a great responsibility to revise and edit their words and ideas with extra care in order to ensure fairness and accuracy. Get it right, or stop meddling in education policy.

UPDATE: an ABC affiliate confirmed my suspicions tonight when they ran the same story almost word for word. This article was most likely generated from a press release with little to no actual journalism involved.

Here is a link to the Houston Chronicle article:

Darren Victory is a fourth-grade reading and writing teacher and literacy consultant. Prior to entering the world of education, Victory spent 15 years as a writer and editor for various magazines and newspapers. Mayonnaise makes him gag and he’s terrified of canned biscuits. He currently lives in Fort Worth, Texas, with the two loves of his life — Netflix and a somewhat alive house plant. View all posts by Darren Victory 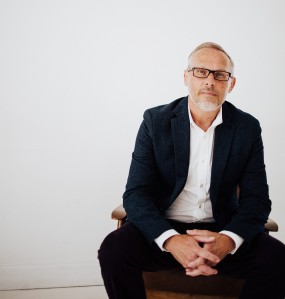 Darren Victory is a literacy consultant, public speaker, and teacher. Prior to entering the world of education, Victory spent 15 years as a writer and editor for various magazines and newspapers. Mayonnaise makes him gag and he’s terrified of canned biscuits. He currently lives in Fort Worth, Texas, with the two loves of his life — Netflix and a house plant named Steve.